Well-known guitarist, singer and songwriter Bobby Lee Rodgers, a founding member and creative force behind The Codetalkers with Col. Bruce Hampton, is set to release his newest solo effort Sled. Filled with Augusta style Funk mixed with a sprinkling of smooth soulful sounds, the 9-song album will be available for download Tuesday April 23rd on most popular sites.

Sled is a funk charged musical experience that is sure to keep your toes tapping.  Rodgers’ fingers fly across the fretboard creating unique sounds that pour from his Leslie speakers and create the perfect complement to his velvet growl.  From the first song “Invisible Prison” all the way to the haunting mystery of “Body In The Lake,” Rodgers never fails to bring his musical vision to the listener.  He shows his playful side with “California Shorts,” “Surfin’ With The Spy” and “Steve Mcstar” then slips into the politically charged “Electronic President.”  Yet he can still bring the romance with the beautiful tender ballad “U” or greeting a long lost friend in “Long Time.”  And through it all his virtuoso guitar licks carry it all home and tie it all together.

Rodgers fuses rock, funk, jazz and blues into a magical musical tapestry. He was one of the youngest instructors of Jazz Studies with the prestigious Berklee College of Music yet it is performing that absolutely fuels his energy.  Whether playing his originals or capturing sounds of the jazz culture, Bobby Lee Rodgers can truly be called one of the new modern day guitar greats. 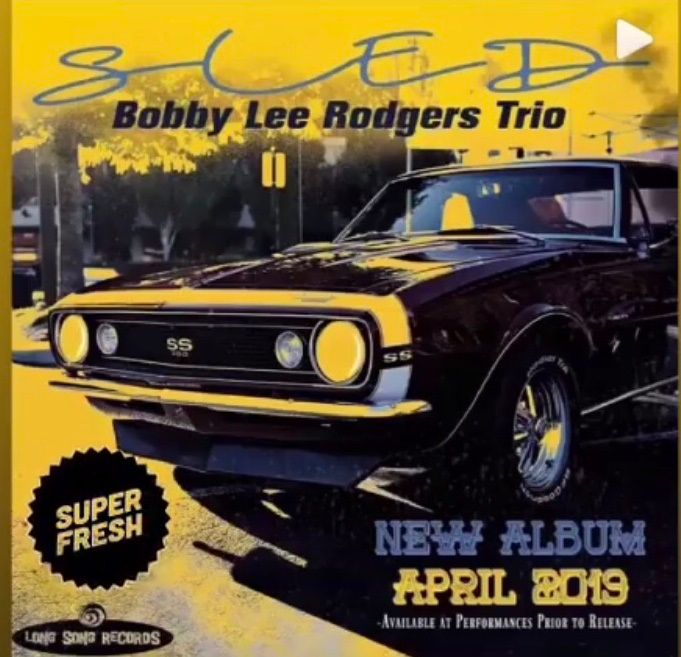 Whether rocking out to his own compositions in the jazz or jamband scenes or presenting his unique interpretations of musical greats such as Miles Davis, John Coltrane or Wes Montgomery, guitarist Bobby Lee Rodgers is staking out a legendary path with fans and critics alike. His unique sound and stylings are garnering a growing popularity wherever he performs.

Growing up with the guitar as a young boy he went on to study Classical and Jazz guitar at the University of Georgia. After college he moved to Boston and became one of the youngest instructors of Jazz Studies with the prestigious Berklee College of Music at just 23. While an accomplished teacher, it was performing that fueled Bobby’s energy and soon, along with Col. Bruce Hampton, he became one of the founding members of the Legendary Southern Band The Codetalkers.

Bobby began his solo career in 2009 at the Wanee Music Festival in Florida where he performed in front of 10,000 people. He made such an impact on the audience that he was asked to come back in 2010 and again this year for the 2011 festival.


But Bobby did not forget his jazz roots. The Bobby Lee Rodgers Jazz Trio takes one back to the Golden Decade when Jazz was the soul of the city. Along with playing his Jazz originals, during performances he captures the sounds of the great artists of our time like Miles Davis, John Coltrane, Thelonious Monk and Wes Montgomery. He visits their compositions by putting his original vocabulary and sound into the harmonic structure of the songs.

Bobby brings a unique sound to his performance because he plays through a combination of Leslie cabinet and vintage guitar amp which gives him the beautiful sound of an organ and guitar together. A stellar songwriter, vocalist and guitarist he fuses rock, funk, jazz and blues into a magical musical tapestry. He has performed with such great artists as Vassar Clements, Warren Haynes, Widespread Panic, George Porter Jr. and the list goes on and on. His new CD, BLR was just release to rave reviews.
Whether playing his originals or capturing sound of the jazz culture, Bobby Lee Rodgers can truly be called one of the new modern day guitar greats.